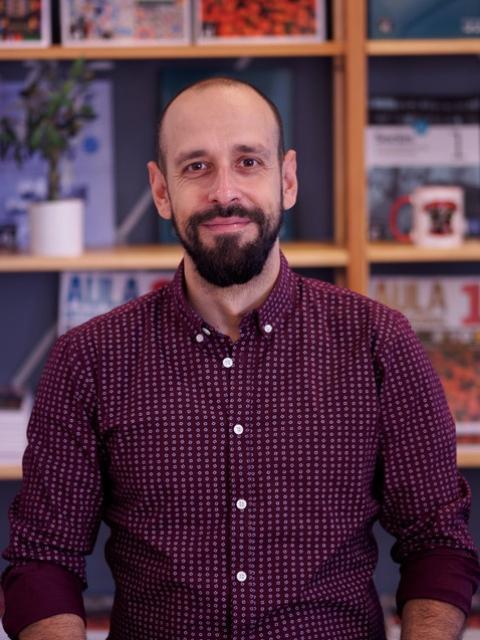 It is our pleasure to introduce José – a language teacher as well as the principal at La Tarara language school. José is the heart and soul of the La Tarara Spanish club. He was born in the town of Murcia in south-eastern Spain, where the winters are mild and the summers are hot.

José started his university days as a student of philosophy, but soon found himself drawn more to language philosophy, rhetoric and semiotics. Guided by a deep interest towards languages, he decided to become a teacher of Spanish as a foreign language for which he enrolled in the Calmo & Cran academy. After finishing his teacher training courses, José worked as a Spanish language teacher at various private schools in Madrid.

In 2012, José arrived in Estonia. He came here to teach Spanish at the Viljandi Culture Academy, where he worked for two years. After a delightful time in the small and lovely central Estonian town, José moved to Tallinn to work at the Hispaania Maja language school, where he taught Spanish for a little over three years.

During his time in Estonia, José has visited nearly every little corner of the country, which has taught him a lot about the uniqueness and peculiarities of Estonian culture: Estonians’ love of music, especially singing, its quiet forests and natural woods. He knows from experience that while Estonians may initially seem distant and reserved, they eventually open up to become warm-hearted, close and trusted friends – you just need to take the time to get to know them.

Teaching is not just a job for José – it is his passion. And it is precisely the reason why he decided to open his own language school. La Tarara is a language school that offers instruction not only in language but also in the rich culture of the Spanish-speaking world, starting from Spanish music, art and cuisine to what is most essential to the culture – the joy of life of the Spanish people. First and foremost, José wanted to create a place where everyone would feel at home – a Spanish home. That is why La Tarara is not just a language school, but also a Spanish club, whose doors are always open to all guests.

José loves reading novels and comic books. He enjoys lively debates on politics and sociology. And he is also a big fan of films and TV series. Some also say that he enjoys singing karaoke, but that is just a rumour. Walking around town, you may often find José cycling, rollerblading, playing basketball or hanging from a climbing wall. More than anything, however, José loves having a good conversation with friends and sharing impressions, jokes and experiences. José also enjoys cooking – after moving to Estonia, he picked up bread-making as a hobby: “Stress-relieving, healthy and delicious, I highly recommend it to everyone. We will definitely learn how to make an authentic Spanish pan,” José assures us with enthusiasm.

And finally, another open secret: José can never say no to bananas. 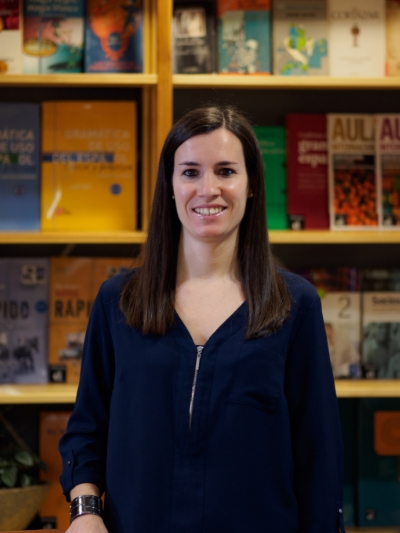 Sabela is from north-western Spain, from a charming Galician coastal town of 250,000 inhabitants named A Coruña.

For as long as Sabela can remember, she has always loved languages and exploring differences in culture, which is the reason why she decided to study to become a translator. During her studies, she managed to repeatedly gain experience through student exchanges in both Ireland and in France, where she continued to study in Lyon as an Erasmus scholarship recipient. After her graduation, she accepted a new challenge and started working as a simultaneous interpreter in England. It was in misty Albion where Sabela found her true calling, teaching Spanish and Spanish culture to people of other nationalities.

In 2014, in the course of a new adventure, Sabela arrived in Tallinn, where she started working as a Spanish teacher thanks to being granted a Centro Picasso scholarship. The once distant land called Estonia gradually became her beloved home. Sabela passionately enjoys every lesson she conducts. Believe me, this can immediately be spotted even from a distance. The fact that so many people in Estonia want to study her native language and culture fills her days with joy and makes Sabela love her job so much.

In addition to listening to music and dancing Sabela likes to travel. She had the luck and opportunity to visit a lot of the major destinations and also the hidden corners of Estonia – from scenic towns such as Haapsalu, Viljandi and Tartu to the distinctive marshes and bogs. She likes to visit nature reserves or drive her car across the sea using ice roads. It’s no surprise that Sabela feels at home in Estonia, as Estonia is just as green as her homeland Galicia.

Sabela enjoys hiking and taking walks, especially during long white summer nights. Indeed, what could be more beautiful than an infinite sunset show by the sea? During long, dark and cold winter months, however, Sabela entertains herself by watching films, playing board games and chatting with friends in some cozy, peaceful and warm “nest”.

Sabela hopes that her new students at the La Tarara Spanish club and language school will help her to further get to know our beautiful Estonia, our culture and our friendly people. 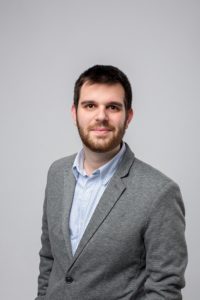 Rafael is from the south of Spain and was born and raised in the ancient town of Cadiz by the seaside.

He has always been passionate about languages and history, but especially about culture. When he was a teenager, he started to travel around Spain and Europe, thanks to his family and the international programs of his high school, that allowed him to do an exchange in Ghent (Belgium).

When choosing a University degree, he obviously went for the one that merged all his interests about language and culture: Translation and Interpreting. During this time, studied in the University of the well-known former Arab town of Granada, where he studied Spanish, English, French, Galician and Arabic. He also went on Erasmus twice: firstly he enjoyed 10 months in Estonia in the European Capital of Culture for 2024, Tartu, where he took also courses of Estonian and Russian languages; and later, he studied for one semester in Nicosia, the divided capital of the island of Cyprus, where he also learnt the basics of Greek and Turkish languages. Thus, he has always been interested in learning about all the communities that share the same geographical space.

After finishing his degree he got the chance to start teaching Spanish in the United States for one year thanks to a collaboration project between the Education Departments of both countries. There, in a small village in the rural state of Iowa, he actually discovered that teaching was also his passion. After, he decided to improve his training by joining a Master’s Program on Teaching Spanish as a Foreign Language, which also allowed him to do some internships and keep teaching at the same time.

As adventurous as he is, he decided to apply for a position to teach Spanish in Uzbekistan, at the State University of World Languages and had the chance to discover the hidden gems in Central Asia. Later on, he joined the team of a language school in the Arctic Russian city of Murmansk, where he survived at freezing temperatures until he was given the chance to fulfill one of his most sought-after dreams: coming back to Estonia to teach Spanish in the University of Tartu.

Mixing his past, his present and his future, Estonia has become Rafael’s home since he returned in 2016. After three years in the University of Tartu, it was high time to move to the capital, Tallinn, in 2019, where he continued working as a teacher of Spanish language.

All his previous experiences have made him even more interested in local cultures, to the extent that he has a big project: he wants to visit all museums in Estonia. All of them, not only the major ones, but also the small hidden ones all around the country. That has allowed him to discover not only a lot of small beautiful villages, but also islands and natural areas, and he plans to continue with this beautiful personal challenge as long as he stays in Estonia. So if you know about an uncovered place to visit – let him know immediately!

Rafael wants his students to speak, so be ready for hours of conversation and fun!